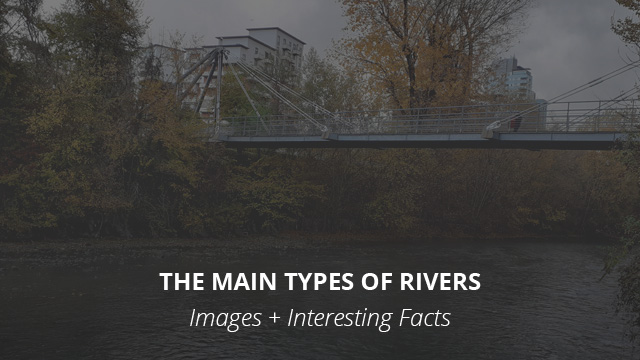 Rivers play a vital role in the circle of life. They are not only paths for water to flow into larger bodies of water but are homes to many wild animals, plants, trees, and vegetation.

They provide essential elements and functions to make life easier and more sustainable for early civilization and modern times.

Rivers can be formed in many different ways and in many places, forming, shaping, or destroying whatever is in their path. Rivers provide some of the strongest forces on the planet and are amazing and exciting in many ways.

This article discusses 10 different types of rivers, how they are made, and the many reasons why they are so important.

What Are the Characteristics of a River?

The river bed defines the channel or path water flows through. River beds are eroded by rushing water and are defined and formed based on the river’s course.

The shoreline is the body of land that meets with the edge of the water. The shorelines are also affected by erosion and water movement.

A floodplain is a flat area of land composed of sediment, usually dispersed by the river itself, near a river, and is subject to flooding.

A dam is a blockage used to restrict the water flow from moving throughout a stream or river. These barriers can be naturally created or man-made. 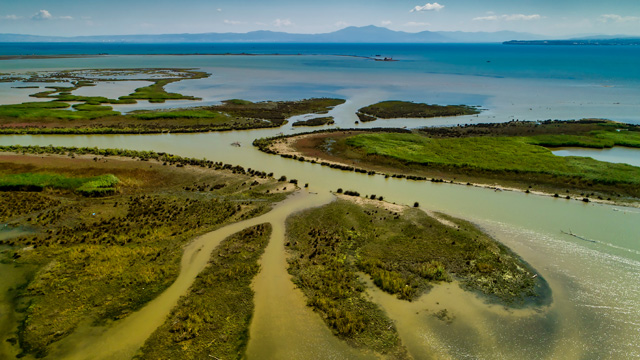 A delta forms in areas where rivers enter into a larger body of water and cannot carry the sediments accumulated with them. These wetlands are usually found in a triangular shape.

River valleys take many years to form, and when they do, they create a V-like shape and run between two closely spaced mountains or hills. Most valleys result from erosion from fast-moving water; however, others can be made by glaciers.

The most common form of a reservoir is a man-made lake created by closing off or building a dam in the path of a river.

Closing off the flow of a river will create a pool of water with no source adding to it and can be controlled and contained by also blocking off the river’s exit.

What Are the 10 Different Types of Rivers?

There are many different types of rivers around the world. However, some countries don’t have a single one. These rivers are naturally flowing streams that flow into a larger body of water, such as an ocean or sea.

Rivers are essential to the economy and to nature. Many human civilizations have started and thrived thanks to the resources provided through rivers and streams.

Locations, features, and the length of time they spend filled with water determine the type of river.

Intermittent and Ephemeral Streams: What's in a name?
This video will be loaded from YouTube.com, a third party. If you click "Play", you accept their terms of service, and their use of cookies.

Ephemeral translates into “short-lived,” which these rivers are. An ephemeral river results from heavy rain or large amounts of melted snow filling a large area with water. Once the rain and snow are gone and the season is over, the river dries up, and there is just the river bed left until the process repeats. 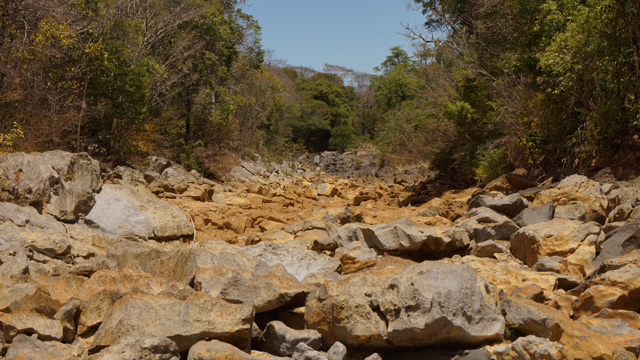 Unlike ephemeral rivers, episodic rivers have no pattern when it comes to formation or flow. These rivers only form when there is early snowmelt or especially high amounts of rainfall not typical for a location. These river beds can be dry for many years before being filled.

As it sounds, an intermittent river is one that only flows for certain periods throughout the year. There are dry seasons where water may not be present in the river beds. The channels of intermittent rivers are much more defined than those of the ephemeral rivers that also flow intermittently. (source) 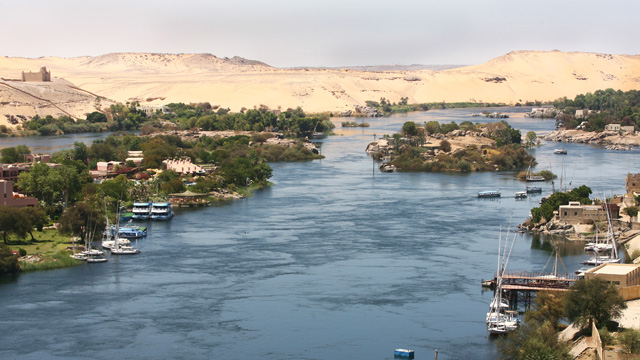 Exotic rivers often flow through desert areas, providing many benefits and resources to those who live along the river banks. (source) 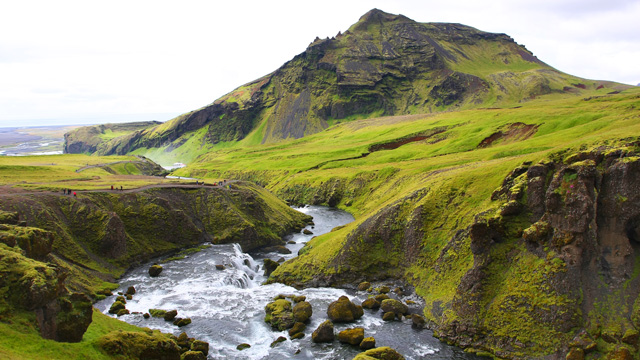 A youthful river is a narrow river with steep sides. They are fast-moving, carrying small and medium-sized sediment with them. These rivers will be found a lot in higher elevations with steeper slopes, like mountains. 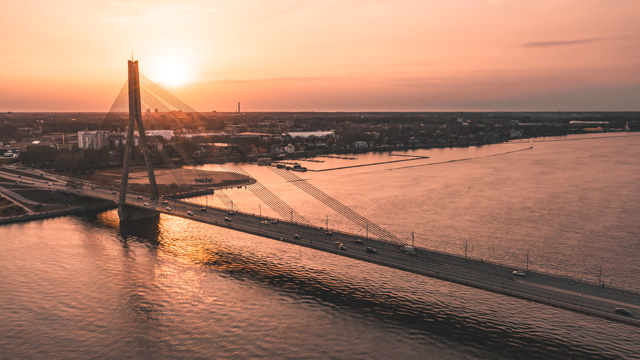 A mature river is a river that is not nearly as steep or fast-moving as a youthful one. They also have many more tributary streams and sources than youthful rivers do as well as more discharge.

These mature rivers will start to erode and widen rather than become deeper.

Old rivers are defined by the very shallow slope and wide U-shaped formation, created by the side-to-side erosion pattern. It has an extremely slow flow and can only carry small sediments and clay. These objects are moving so slowly in the water; you will notice a dark, murky color. 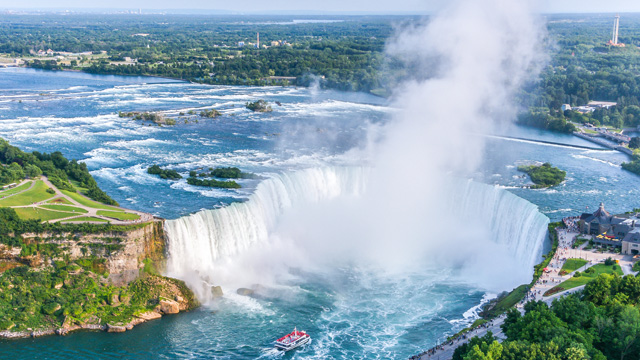 A rejuvenated river is a river that increases its riverbed erosion rate, for example, because of an increase of its gradient by tectonic uplift. (Read other causes of river rejuvenation here.) 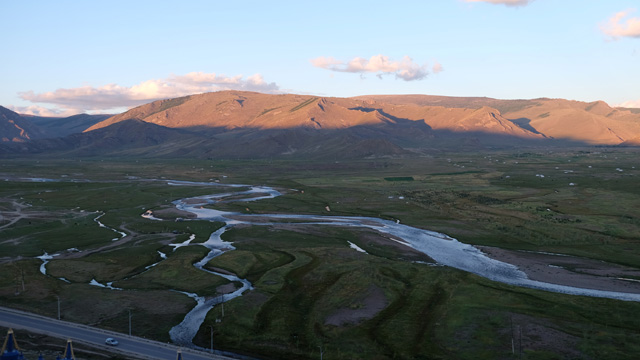 A periodic river is similar to an intermittent river. However, periodic rivers dry up due to a lack of precipitation and an abundance of evaporation. They do not have seasons that dictate when the water will run dry, but it happens during extreme situations such as droughts.

These types of rivers usually form on flatlands or floodplains. 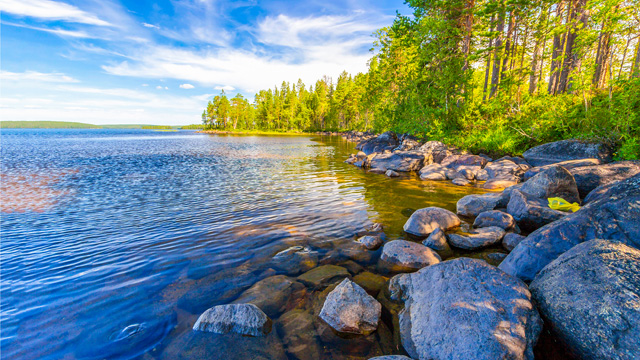 A permanent river usually comes from groundwater and is filled and flows all year long. Permanent rivers serve many great purposes in nature and are reliable, whereas the others may not be.

Where Does the Water in Rivers Come From?

Let’s take a quick trip back to our fifth-grade science and let’s look at the chapter that discussed the water cycle. This cycle is a loop process of evaporation, condensation, precipitation, and flow.

Precipitation also seeps into the ground and well below the earth’s surface to create a waterbed of groundwater. When Rivers get deep enough, they can break into the groundwater, filling from there. On the other hand, rivers are a great source that deposits groundwater back into the earth, helping to replenish the waterbeds.

We can also thank secondary attributes to rivers, like lakes and streams. These are not the only sources that make a river, but they do add to it and help the river to grow larger. (source)

What Are the 3 Main Parts of a River System?

A river consists of three main parts. The upper course, middle course, and lower course. All rivers are designed to flow downward with gravity moving sediments and rock along with its flow, stretching out into the sea. 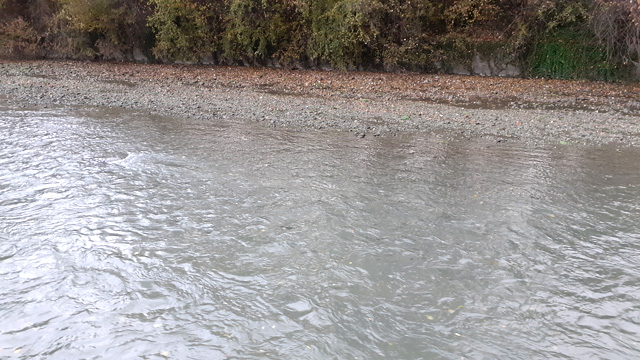 The upper course of the river is where the river meets its source. It will be high in elevation with fast-moving water and deep riverbeds. The upper part is where you will find features such as rapids, waterfalls, gorges, v-shaped valleys, and interlocking spurs.

The middle part of the river is the longest, taking up the majority of the body of water. This area is where the water will start to slow and sediment collection, movement, and disposition. This part of the river will also be wider as erosion will occur laterally and no longer vertically.

In the middle course of the river, you will likely find oxbow lakes, floodplains, and meanders.

The lower course of the river, and the final part, is when the flow is close to reaching the open sea. The water will slow down even more and become almost (not quite) steady, and calm. It has a smooth and much wider channel and won’t be carrying heavier sediments or rocks.

In the lower part of a river, you will find levees, large floodplains, deltas, and estuaries.

Why Are Rivers Important?

There are many examples of past civilizations created at the edge of a riverbank. These areas were perfect for settlers because they provided everything needed by the hunter-gatherer age.

People didn’t have to travel far to get what they needed to survive because the river provided most of it.

They Provide Fresh and Clean Water

Many people around the world rely on rivers to provide them with fresh, clean drinking water. It was also extremely important to early civilizations that also used it for consumption and as a way to bathe.

They Are Homes to Wildlife

Rivers are also a permanent home to plenty of wildlife, including some that are endangered. Some of these animals include hippopotamuses, Coahuila Box Turtles, Mekong Freshwater Stingrays, and American crocodiles.

They Provide a Way of Life

Many people make a living through fishing, farming, and other occupations that require the resources found in rivers. Without rivers, there would be a lack of food and water used to sustain many communities.

There are rivers found in many locations used for freshwater fish farming, providing people with places to contain fish such as salmon until they are ready to harvest.

Rivers are also commonly used for irrigation, both in the past and modern day, which is especially helpful to the agriculture community during seasons with lots of droughts.

Many rivers make it possible to get from one area to another, which may be too difficult or dangerous to attempt by land. Passing through a river by boat may also be another much quicker option for some people in areas where traveling over a bridge by car or bus becomes overpopulated and congested.

They also provide transportation of goods to long-distance places.

These days, we use rivers for high-powered renewable hydro-energy, which is taking the place of fossil fuel and is sourced from fast-flowing water such as a waterfall or a river.

Many of us may only be hearing about hydroelectricity now, but it has been used for many, many years.

Learning about rivers doesn’t have to be boring. These bodies of water can also be full of some fun and interesting things. Here are some fun facts about rivers we think you will enjoy.

360°, Angel Falls, Venezuela. Aerial 8K video
This video will be loaded from YouTube.com, a third party. If you click "Play", you accept their terms of service, and their use of cookies.

Did you know our rivers are in danger due to pollution? It is damaging wildlife, taking away fresh drinking water, and destroying the ecosystem. There are many ways to help clean up our rivers and restore the natural river flows.

You can do your part by looking into communities and organizations dedicated to maintaining our rivers and streams.

Interesting Rivers Around the World

There are many famous rivers known all around the world, here a few we thought were most interesting.

This article went into great detail regarding the different types of rivers you can find all across the planet. You now know how they work, where they come from, what you can find living in them, and why they are so important.

Now you may be more interested in taking some time to research the interesting and mystifying rivers that could be close to the place where you live. We definitely are, after doing the research for this article!