The tricky pronunciation of Saucony compared to the easy-to-pronounce Asics shouldn’t scare you away from the brand.

While the two brand names have varying degrees of pronunciation, there aren’t many other differences between the two. But which brand is better between Asics and Saucony? Which brand has the best running shoes?

This article explores each shoe brand in its history and present to check which one performs best. Be sure to read through to the end to find out whether we prefer one shoe brand to the other or proclaim both as indisputable winners.

Saucony is a famous and celebrated American footwear brand that produces racing, walking, running, and trail running shoes, such as the Saucony Triumph. The company also makes cross-country racing flats and trail spikes.

Additionally, Saucony makes shoes for specific track and field events, but its main focus is running shoes. The brand produces high-quality, lightweight, and comfortable shoes for women, men, and children.

The four businessmen started Saucony in Kutztown, Pennsylvania, drawing inspiration for the company’s name from the Saucony Creek.

In the late 1960s, Abraham R. Hyde bought Saucony and shifted it to Cambridge, Massachusetts, where he had his other shoe-making company: Hyde Athletic Industries.

This Runner’s World fame led Saucony to become Hyde’s most dominant brand in the late 1980s, which prompted a name change to Saucony from Hyde Athletic Industries.

Stride Rite acquired Saucony in 2005 before it was itself acquired by Payless ShoeSource in 2007. The dual company was called Collective Brands, eventually becoming part of Wolverine World Wide in 2012.

Despite the numerous ownership changes, the Saucony brand has maintained its legacy as a maker of high-quality running shoes. Their shoes focus on the type of intended running, intended running location, the runner’s foot size, and arch type.

Introducing the all-new Kinvara 12
This video will be loaded from YouTube.com, a third party. If you click "Play", you accept their terms of service, and their use of cookies.

Saucony is dedicated to sustainability and focuses on using biodegradable materials and pure natural materials with little-to-zero virgin plastic, especially in its outsoles.

The Sauc-Fit technology enhances the medial arch for a secure fit, while the Support Frame ensures a stable fit by locking the heel firmly in place.

The Vibram Arctic Grip, one of Saucony’s most famous technologies, provides traction in wet and slippery conditions. (learn more: 5 Types of Vibram Soles that You Should Know About)

The RunDry technology is also worth mentioning. It features collar lining material with moisture-wicking ability to keep the shoes dry and enhance the runner’s comfort.

All these technologies ensure Saucony running shoes are high quality with high levels of durability, comfort, stability, and slip-resistance.

Saucony EVERUN Cushioning Technology Review
This video will be loaded from YouTube.com, a third party. If you click "Play", you accept their terms of service, and their use of cookies.

Here are two popular Saucony running shoes we believe you will like, too.

The Hornet made its original debut in 1975 and became an excellent addition to the Saucony Originals range. The Men’s Hornet features mesh underlays, EVA midsoles, rubber outsole, and standard suede construction.

You might also want to check out the Women’s Hornet which boasts the same features as the men’s version.

Saucony remains a reliable brand because it provides its customers with durable running shoes. Here are two questions people often ask about the brand and its running shoes.

Are Saucony Running Shoes Worth the Money?

Saucony running shoes are worth the money. The shoes are durable, fairly lightweight, stable, comfortable, and breathable. These features come in handy for both professional and occasional runners.

Where Are Saucony Running Shoes Made?

Up until the ’90s, Saucony footwear was made in the U.S. The company now gets its footwear from various Asian countries such as Vietnam, Indonesia, etc.

Read also: The 8 Types of Running Shoes for Serious Runners

Asics is a renowned Japanese sports equipment producer specializing in clothing, footwear, and accessories. The company makes sportswear and apparel for men, women, and kids.

Asics has running shoes for kids, men, and women, including the Asics Metaspeed Sky and the Asics Nimbus. It also makes other types of shoes, including specialty shoes for volleyball, tennis, track and field, golf, wrestling, training, trail running, and other sports.

Besides its major markets in Japan, Europe, and North America, Asics is celebrated worldwide as a maker of lightweight, efficient, and dependable running shoes. 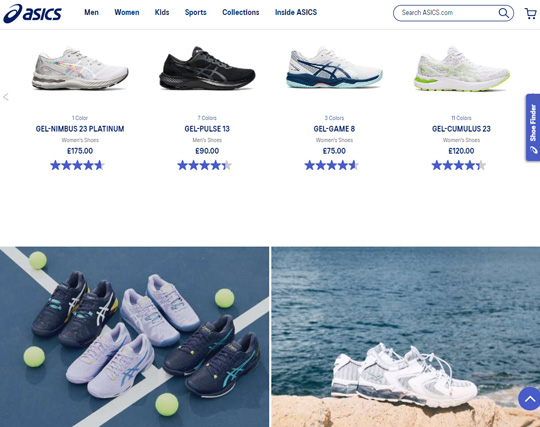 Onitsuka’s guiding idea was that physical activity was an excellent way of keeping a sound mind and body, borrowing from his philosophy – Anima Sana In Corpore Sano – meaning “A Sound Mind in A Sound Body.”

Onitsuka Company Limited was later changed to Asics Corporation, now widely known as its shortened form, “Asics”. The name Asics draws from the first letters of the words in the Anima Sana In Corpore Sano philosophy.

The Asics founder embodies an unfailing resilience and determination to provide a solution that impacts the world. The company describes his early life as a maker of basketball shoes as a “Resume of Failures.”

Onitsuka’s first creation was the OK basketball shoe, which had a poor grip. However, he kept improving the shoe and made its public release in 1950.

Onitsuka led a simple life that often involved sleeping even on benches in train stations, as he dedicated his time to peddling his shoes. He contracted tuberculosis two times and, on both occasions, got lucky to be cured with a new drug at a time when none existed before.

Following the success of the basketball shoe, Onitsuka dedicated himself to producing marathon shoes. He wanted to make a shoe that eradicated the problem of blisters that most runners at the time had to struggle with without much relief.

After a series of attempts at improving the first running shoe, Onitsuka stopped using water-cooling and began using an air-cooling system involving a coarse fabric upper with ventilation holes on the sides and front. The shoe became a success.

Despite Kihachiro Onitsuka’s death on Sept. 29, 2007, Asics has remained a dependable sports footwear and apparel manufacturer.

ASICS Running | Race with No Finish Line
This video will be loaded from YouTube.com, a third party. If you click "Play", you accept their terms of service, and their use of cookies.

The Asics brand aims to become one of the first shoemakers to make shoes using 100% recycled polyester.

As a brand dedicated to sustainability, Asics also uses environmentally-friendly materials such as Cellulose Nanofiber (CNF) – a bio-based material from plant biomass. Other sustainable materials include recycled cotton and cotton made in Africa.

Like Saucony, Asics makes its running shoes using tens of different innovative technologies to ensure the shoes are of high quality.

The Solution Dyeing system involves introducing dyes on fabrics by adding color to synthetic fibers in their liquid state before the actual production of the fiber.

ASICS Running | GEL-NIMBUS™ 24 | FF BLAST™ PLUS Technology
This video will be loaded from YouTube.com, a third party. If you click "Play", you accept their terms of service, and their use of cookies.

Below are two popular Asics running shoes, one for men and the other for women.

Are Asics running shoes worth buying? And where are the shoes made? Let’s find out.

Are Asics Running Shoes Worth the Money?

With these and other benefits, we think your Asics running shoes will be worth the money.

Where Are Asics Running Shoes Made? 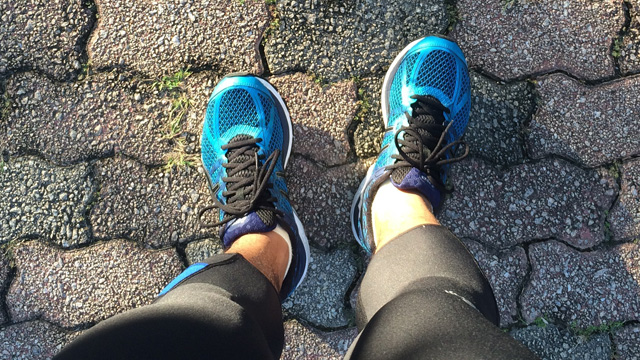 Saucony and Asics are two great sports footwear brands with several similarities that make it challenging to decide which brand you should make your first choice.

First, both Asics and Saucony make their shoes using various common materials, such as polyester, recycled polyester, rubber, and leather.

Second, the two brands each use tens of innovative footwear technologies that ensure each running shoe is of high quality, comfortable, and serves its purpose efficiently for a long time.

Third, both Saucony and Asics make shoes for men, women, and kids, meaning they are highly inclusive and have everyone in mind. They also have different collections, so you can be sure to always find a handy model from either brand whenever you need a new running shoe.

So, this time we have a draw, and the decision will depend on your specific case. It may be the design, with Saucony offering more classic designs and Asics more futuristic ones in our opinion. Or it may be the price of your favorite model. In any case, you’ll have an excellent running shoe no matter what brand you choose.