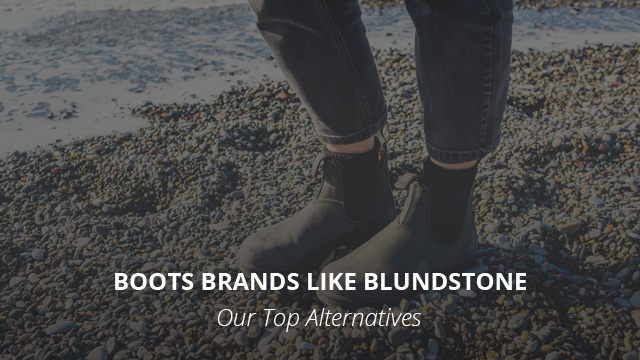 Blundstone is an Australian brand, founded in 1870, that produces robust footwear and have marked over 150 years of the country’s history.

In a century and a half, a period made up of profound socio-economic changes, their shoes and boots have been worn by climbers, workers, athletes, etc., testifying to the exceptional quality of these products.

Blundstone has been part of many of our reviews and comparisons lately, where we have compared it to other similar brands.

Today’s article will be a bit different though, as we are going to talk about 11 brands that are similar to Blundstone and their legendary Chelsea boots.

Many of these companies have a similar history and produce boots that are similar to Blundstones when it comes to quality and style.

Among their collections, you will find Chelsea boots, winter boots, lifestyle shoes for men and women, along with safety footwear designed exclusively to protect you while at work.

So, let’s see what we have picked! 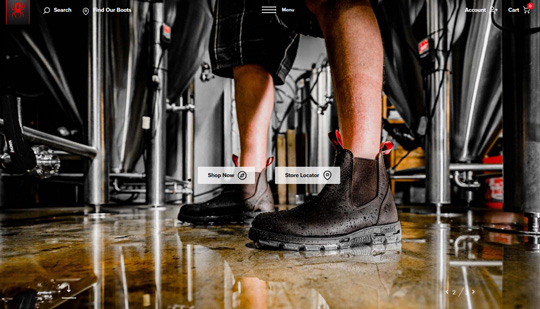 The first brand we have selected is Redback Boots, the company based in New South Wales (Australia), owned by the Cloros family, which has always been involved in the production of various types of shoes and boots.

In particular, Redback is known for the design and manufacture of lightweight work boots of high quality, 100% Australian made, that have also been worn by the Australian military.

To see the quality of Redback products, just take a look at the characteristics of the boots: most of the products in the catalog are made of 100% genuine leather and manufactured for lasting comfort.

Also, the leather is resistant and perfectly able to adapt to the movements of the feet.

The Redback catalog is divided into different categories for men and women, as well as by type of footwear. The brand’s website also features products aimed exclusively at workers of various industries.

As for prices, the cost of Redback products can vary enormously from one item to another: it goes from $160 for the Easy Escape boots, up to $340 for the Smelter boots.

Booma Series | Rossi Boots
This video will be loaded from YouTube.com, a third party. If you click "Play", you accept their terms of service, and their use of cookies.

Founded in 1910 and based in Kilburn, South Australia (a suburb of the city of Adelaide), the company produces various types of boots and shoes, preferring materials such as leather, suede leather, etc.

The quality of Rossi boots is quite high: their footwear can withstand wear for a long time, always guaranteeing optimal comfort.

However, Rossi also deals with the sale of accessories, mainly belts, socks, and footbeds.

As for footwear, Rossi produces remarkably different boots: in their collection, you can find boots for men, women, dress boots, work models, models suitable for the outdoors, and so on, demonstrating the wide versatility of the collection.

Rossi Boots’ prices are in line with those of Redback, which we saw above: from about $150 AUD upwards.

Have You Met The Elsa Collection of Sneakers and Boots?
This video will be loaded from YouTube.com, a third party. If you click "Play", you accept their terms of service, and their use of cookies.

Moving to the US, we reach Portland, Oregon, which is home to Keen, an American manufacturer of footwear and accessories of various kinds.

Keen products are sold in some stores in the US and Canada, as well as being marketed and distributed globally.

The history of the company began in 2003, although four years earlier, in 1999, Martin Keen (one of the founders of the brand) created the famous Newport Sandal, a sandal characterized by exceptional structural resistance, which offered protection to the toes.

At first, the company was exclusively engaged in the creation of products for outdoor activities.

Over time, the production has expanded considerably, with the brand also offering casual shoes, work boots, Chelsea boots (like these), bags, and other accessories.

Today the brand produces sandals, boots, and shoes for men, women, and children, with prices generally between $100 and $200. 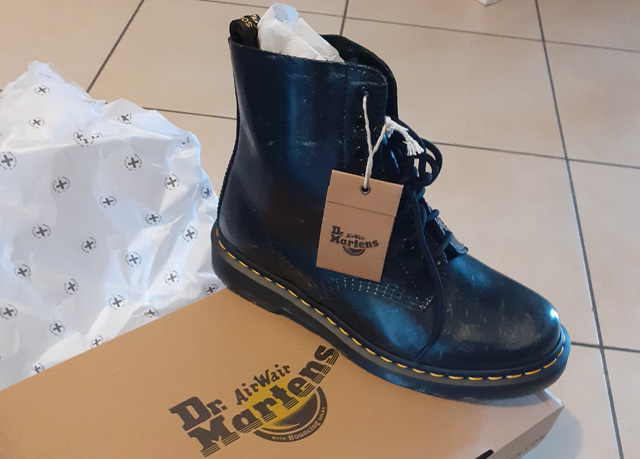 Dr. Martens is one of the most famous manufacturers of footwear with its famous 1460 black boot with yellow stitching and AirWair technology.

Specifically, we are talking about boots characterized by a sole equipped with a particular air cushion, the AirWair technology, useful for offering comfort.

Must read: Dr. Martens vs Blundstone Boots: A Comparison

At first, Dr. Martens shoes were conceived by their inventor Dr. Klaus Maertens, in Germany, as orthopedic shoes, for support after he fractured his foot to help him heal more quickly.

Over time, however, due to the great appreciation of customers for the innovative design, and after the acquisition of the license by the Griggs company from England, the boots began to be sold en masse.

Initially aimed at workers, Dr. Martens boots soon became a cultural icon of the young generation during the 1960s and 1970s.

Today, Dr. Martens shoes are sold in different colors and different designs for women, men, and kids, from the classic 1460 leather boot to vegan shoes to Chelsea boots that can be a valid alternative to Blundstone boots.

COMFORT & DURABILITY - OUR STORY
This video will be loaded from YouTube.com, a third party. If you click "Play", you accept their terms of service, and their use of cookies.

Danner is an American company founded in Portland, Oregon, by Charles Danner and producing footwear since 1932.

In particular, the brand designs boots initially conceived for use in “wild” and natural areas.

In fact, much of the state of Oregon is immersed in the green of nature, between temperate and coniferous forests, and the use of appropriate footwear in similar areas becomes essential to protect the feet from cold and humidity.

Mount Hood — Wy'East
This video will be loaded from YouTube.com, a third party. If you click "Play", you accept their terms of service, and their use of cookies.

Danner shoes meet these needs perfectly: they are designed for different types of use, in the workplace, outdoors, in the city, or during a hike.

As for prices, the cost of a pair of Danners usually starts at around $150 and goes up from there for both women’s and men’s models.

Curious to see how their Chelsea boots look? Here is the Danner Mountain 600 Chelsea. 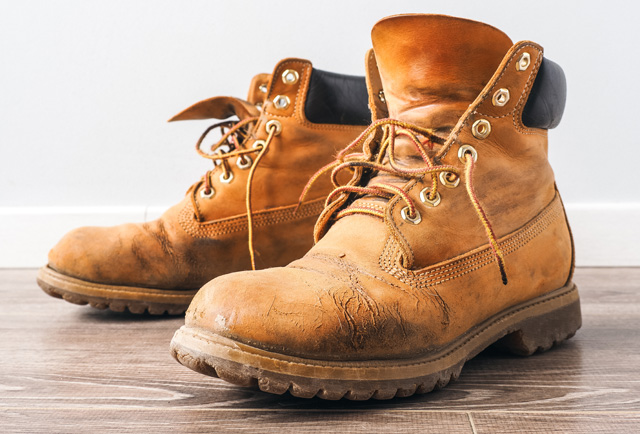 Timberland is one of the best-known brands that produce boots and shoes of different types, and is famous for its iconic Original Yellow Boot. Founded in 1952 in Boston, the company also offers clothing and accessories.

Read also: 8 Boots Brands like Timberland: These Are Our Favorites

The brand’s products stand out for their iconic design: many of its boots, for example, feature a simple design and a sole in contrast with the rest of the shoe.

Many of these boots are waterproof and durable, able to guarantee exceptional comfort to the feet.

Courmayeur Valley Collection | Timberland
This video will be loaded from YouTube.com, a third party. If you click "Play", you accept their terms of service, and their use of cookies. 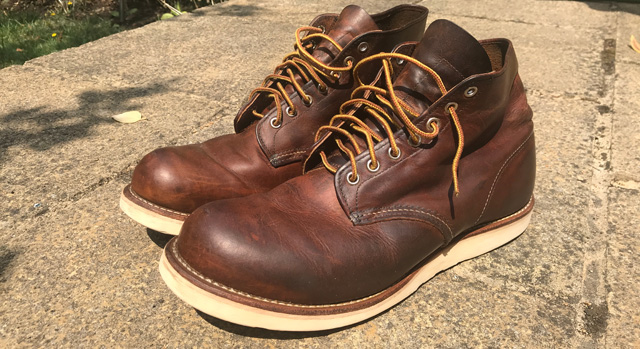 Another American brand, Red Wing Shoes is based in Red Wing, Minnesota, and has been producing work shoes since 1905.

Over the years, however, with the affirmation of the urban style, the company has expanded its production line.

From the production of work shoes for the most varied industries, like the agricultural and mining sector, Red Wing has started producing boots and shoes to be used in everyday life.

The peculiarity of the Red Wings can be found in their resistant soles, as well as in the solid and robust design.

The price, for both men and women, can vary from about $250 to over $300 depending on the model you choose.

One of their Chelsea boots? The Weekender Chelsea!

Red Wing Heritage presents Cameron Kinghorn featuring The Williston Chelsea
This video will be loaded from YouTube.com, a third party. If you click "Play", you accept their terms of service, and their use of cookies. 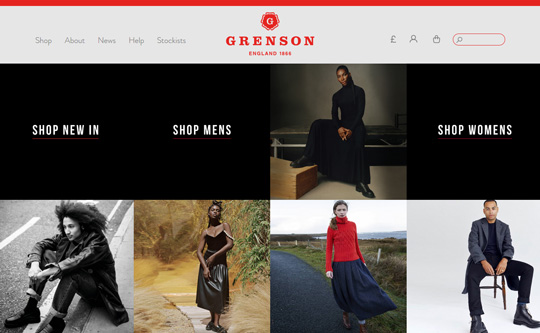 Grenson, a British manufacturer of boots and other footwear, has been active on the market since 1866.

One of Grenson’s flagship shoe series is the “Triple Welt.” These are very elegant, artisanal shoes which come with a sole that seems like it has three welts.

The brand’s prices are in the higher range: some boots, in fact, are sold for over $300. 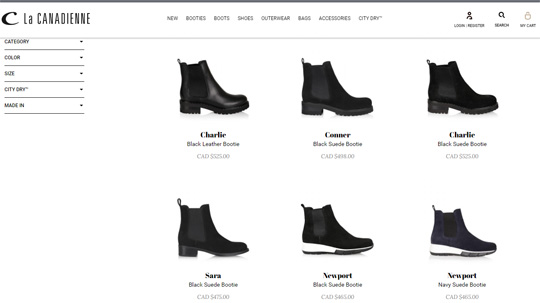 La Canadienne is a Canadian company from Montréal, selling women’s products and active in the footwear market for many years.

In addition to footwear, the brand also produces down jackets, parkas, and other products that you can use in winter, along with bags and other accessories.

Read next: 9 Canadian Winter Boots Brands to Try this Year

As for footwear, La Canadienne produces a various range of shoes and boots, from leather boots to sandals to classic sneakers, to be used in everyday life in warmer weather.

Their prices can vary considerably: for a pair of leather boots, for example, you can spend over $350, while the sneakers usually cost around $250 – $300. 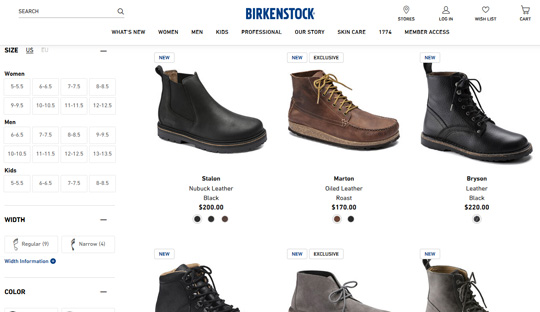 Among the oldest manufacturers of footwear, we find Birkenstock, a German company founded in 1774 and based in Neustadt.

Birkenstock is known in the footwear industry for the production of sandals with special cork insoles, easily adaptable to the shape of the foot.

Their products stand out for the high comfort, as well as for the high quality of the materials, to give footwear a considerable structural resistance.

The brand’s collection, intended for men, women, and kids, includes products such as sandals, sneakers, and leather boots, among which you can also find some Chelsea boots.

The prices start at around $80 for the simplest sandals and can reach over $200 for the leather boots.

C. & J. Clark International Ltd, the British company known as Clarks, named after the two founders Cyrus and James Clark, is one of the oldest footwear brands still active.

The company was launched in 1825, but success was achieved especially in the first years of globalization, with the spread of their footwear outside the UK.

In fact, in the 1960s, the famous Desert Boots, ankle boots with a slight rise on the heel and characterized by a prominent toe, quickly met the favor of the public, thanks to their original and atypical design (inspired, it seems, by that of some footwear sold in Cairo, Egypt, designed to cope with the hot temperatures of North Africa).

Today Clarks produces Gore-Tex boots, leather boots, and also focuses on the production of sneakers and casual shoes, to respond to a growing demand for the urban style.

Clarks was the last brand we picked for this selection. What do you think of these brands?

Do you know any other similar brand that you think would be a good alternative to Blundstone? Let us know in the comments.